Susan’s Drifters book series has been called wildly addictive and a rollercoaster of a ride. Fifteen books in total, and followed up with a series set in the same universe (The Dallas White Series), the books have found fans the world over. Hop over to Susan’s website to discover your next book addiction!

Susan’s journey into writing started with a box of wartime letters discovered in the attic of the historic house where she worked, which launched her first half-hour screenplay and filmed drama, Bobby’s Peace, which sold to CBC and Bravo. When a period television series, Emily of New Moon, came to town, Susan had to become involved. She started as a stand-in and double before joining the wardrobe department to help monitor on-set continuity.

Eventually the call to try storytelling in film was so strong that Susan had no choice but to pack herself and her son, Christopher, into a tiny Pontiac Sunfire and drive across Canada to Vancouver, where she studied film at Vancouver Film School. A number of projects resulted, including the web series A Time To Drum, period short film Dreamers, short comedy (just for practice) The New Neighbours, music video for Christopher’s haunting song Silence, Bloodhound (YouTube), many client documentary-style films, and a feature documentary, The Healing Place.

Susan has written a number of screenplays and studied under many instructors, including Ken Chubb, Donald Martin, Sharon Buckingham, and Bill Boyle. 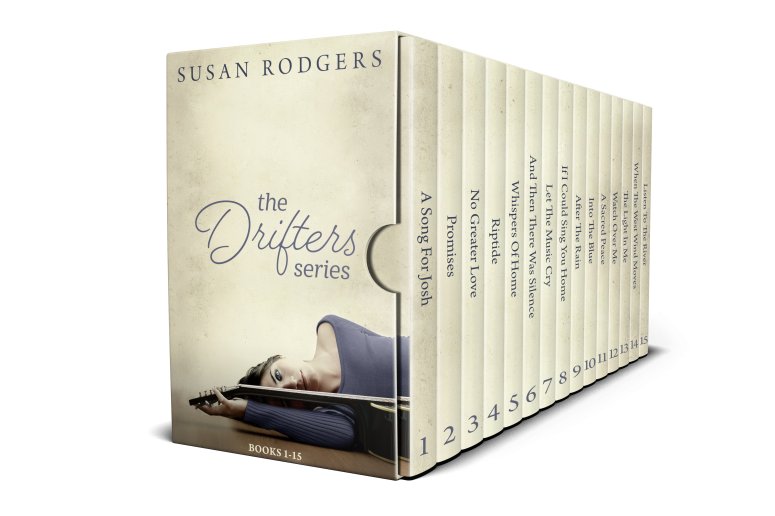 The novels are close to her heart — Susan’s books have been defined as a cross between women’s fiction and romance. Susan’s first series, Drifters (A Song For Josh – Book One), is the story of a once-homeless superstar singer from Prince Edward Island. The spinoff Dallas White series, about a lonely country singer with a big heart, is just getting started – Castles In The Sand and Like A Song will soon be followed by a third novel.

Susan was a Finalist in the 2011 Atlantic Writing Awards for her as yet unpublished first novel, A Certain Kind of Freedom. A critically acclaimed excerpt has been reworked as a short story and featured in an anthology produced by Israel website The Writers’ Drawer.

Hop on over to www.susanrodgersauthor.com and have a look around!